Brains of Steel: Because I have incredible mental fortitude, I get a +2 when I forcefully resist untoward mental influences.

Nothing to See Here: Because I can cloud the minds of others with my psionic wackiness, I get a +2 when I attempt to sneakily overcome an obstacle with stealth.

Regeneration: Because I am a human-kaiju hybrid, once per day I can recover from my mild or moderate consesquences.

Super Senses: Because I have supernaturally heightened senses, I get a +2 when I cleverly create advantages by sensing things that others would miss.

Accessing, reading, reproducing, downloading or other use of these files without the proper clearances and/or authority will result in criminal prosecution.

Summary: Well, Marty, the first one of this batch is sure as hell not as weird looking as the last batch, although since the last batch didn’t make it past the second trimester mark, I suppose the comparison isn’t accurate. Dr. Wierzbowski’s supposition that the gene spliced from Kalpha3’s samples would result in additional functional limbs is correct: subject has two additional appendages, most closely resembling arms, located underneath an upper (primary) pair of arms. The secondary ‘arms’ seem to end in some kind of claw-like structure. Subject seems to have secondary sensory organs located under its eyes. The utility of these organs will need to be assessed once the subject is more mature. Overall color is an iridescent greenish-black, consistent with reports of Kalpha3’s appearance. It looks like some kind of insect.
– Dr. James Van Leuwen

Summary: After the unfortunate loss of PKalpha3-2001-6-8/5-E last fall, I’m pleased to report that the remaining four subjects are doing well. Neurological development is consistent with that of human children of the same age, and they have not demonstrated the subpar immune response that resulted in E’s death. All four continue to excel at motor skill and spatial awareness training, and I estimate that Subjects A through D should be mature enough to begin testing with existing kaiju samples within the year. (As a note, Jim, I still think that lab assistant should have been fired, not transferred, but after a long talk with Dr. W, I see the logic in keeping him somewhere where we can keep an eye on him. Dr. W says that she’s made sure he won’t be a problem in future experiments.)
– Dr. Martin Burke

Summary: Marty, I just got out of a meeting with Dr. Wierzbowski and Assistant Director Caroline Hiller. Both Dr. W and AD Hiller understand the risks inherent in the project, and they do not blame you for the accident last week. None of Subject D’s previous interaction with the lab’s kaiju tissue samples had given anyone any cause to think that it was capable of that kind of response—Kalpha3 certainly never exhibited any pyrotechnic abilities before it was killed. The internal Review Board has determined that there was no fault, and that the incident was within the parameters of the experiment.
– Dr. James Van Leuwen

The Board of Directors will be touring the experiment facility tomorrow afternoon, along with some government officials. As a reminder to everyone: when referring to test subjects, please remember to refer to them by their official designations, rather than “Maddie”, “Katie”, and “Abby”.

Summary: Initial results on Subject A’s field trial of 5-6-11 are inconclusive. A reports that she was able to communicate with the target (tentatively designated as Ktheta5), but was unable to exert any substantial influence over the target before UN forces successfully killed the kaiju. Although all three subjects showed a promising ability to interact with existing tissue samples in a laboratory environment, further testing will be necessary to determine if they are able to achieve the desired influence when exposed to living kaiju.
– Dr. Collette Wierzbowski

Summary: We lost Subject B today. After yesterday’s apparently successful field trail, Subject B complained of a headache and went to bed early. At approximately 3:00am, Subject B suffered a severe CVA resulting in an embolic incident and death. Lab Assistant Jeannette Ferro discovered Subject B when she went into her room because B had not come out for breakfast at 7am. At their request, and after consulting with Drs. Wierzbowski and Van Leuwen, Subjects A and C have been moved into a single room. They’re both pretty shaken up. I think we’ll keep them on the simulation machines for the next few months, rather than try for any more field trials any time soon.
We’re all going to miss Katie.
– Dr. Martin Burke

Art by WhiteMantis on DeviantArt 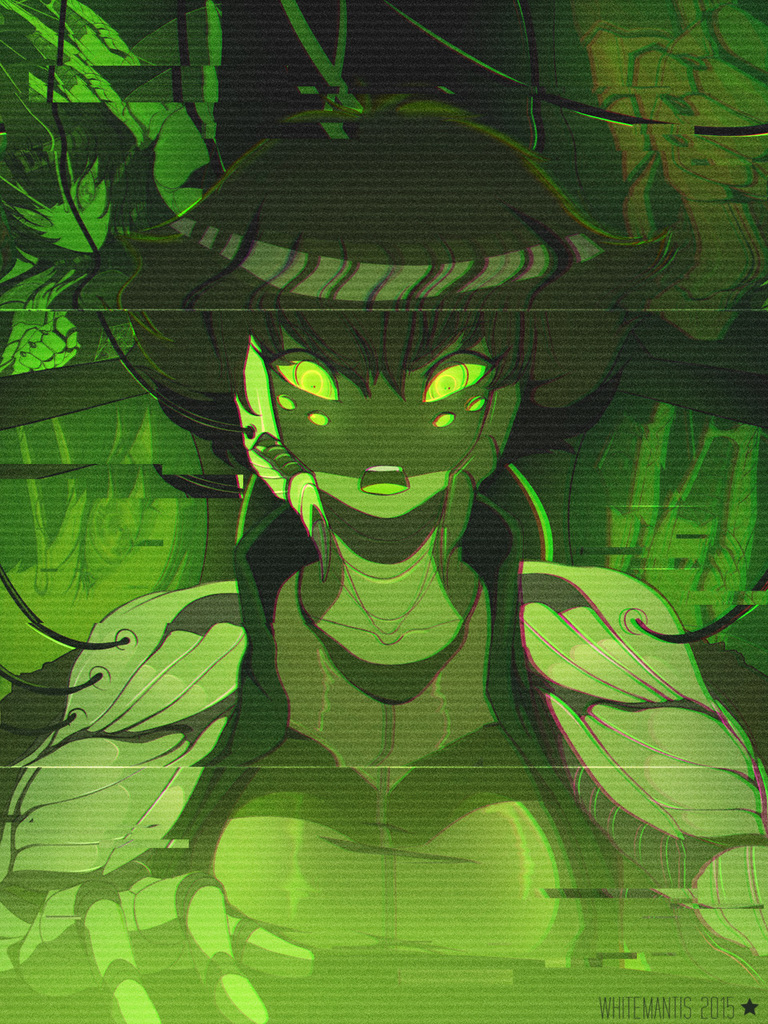